It may, perhaps now more than ever, be necessary to find ways to calm the nervous system, to open up space in the body and to breathe more easily.

Below you can click on an audio file. This is a short (circa 15-minutes) Awareness Through Movement lesson where I guide you through a gentle exploration of twisting to help increase your lung capacity and ease your breathing.

To do this lesson you will need to sit on a chair or stool, not too soft, at a height where your thighs are roughly parallel to the floor. 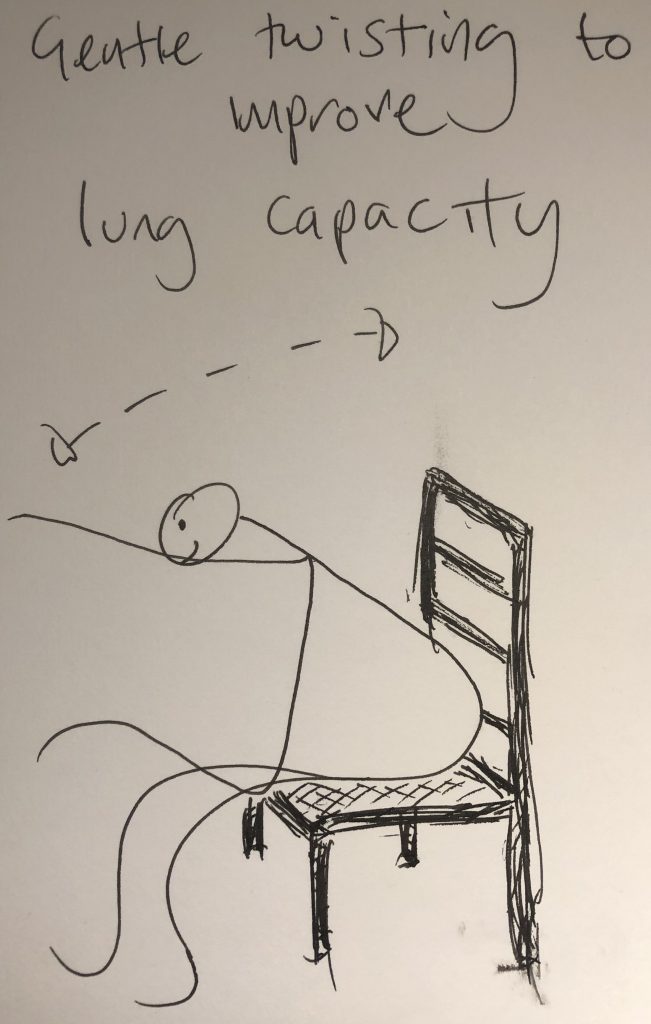 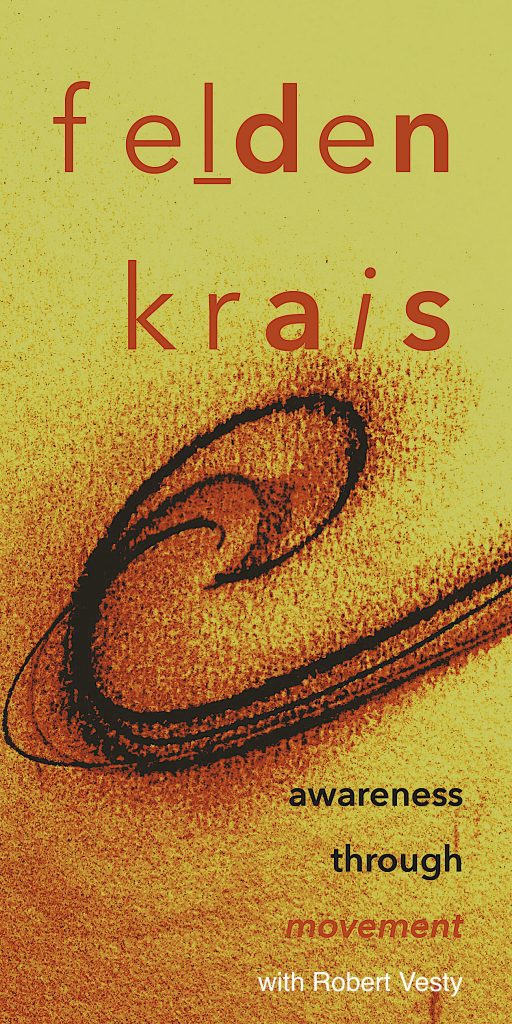 I occasionally teach public ATM classes and post details here. Regular weekly classes are taught across London and listings can be found on the UK Guild website.

I recorded this ATM lesson Edges of Feet (AY433) at Chisenhale Dance Space on Monday 11 May. (approx. 55 mins).

NOTE: DUE TO COVID-19 THESE LESSONS ARE SUSPENDED UNTIL FURTHER NOTICE

I teach one-to-one hands on lessons (Functional Integration) from my home in the Olympic Park, Stratford each Wednesday and Saturday between 10am and 5pm. It is best to contact me with your phone number so that we can speak and arrange an appointment.

I believe the Feldenkrais Method should be accessible to all. I offer individual lessons on a sliding scale from £30 – £60 where you pay what you can afford by prior agreement. Do talk to me if you this doesn’t work for you.

What is the Feldenkrais Method?

The Feldenkrais Method® is a way of learning and improving everyday movement.

It’s good for everybody based on the idea that we can all improve our functional movement; but many people come to the method because they are dealing with a specific challenge or injury like back pain, RSI or some-such.

Other people come to the method because they want to improve their ability to move in high performance situations – athletes, musicians, actors and dancers are often drawn to the method.

Other people come because they have neurological conditions such as stroke or cerebral palsy.

There are two ways to do a lesson. One is in a group – Awareness Through Movement (ATM), the other is taught one-to-one, through touch – called Functional Integration (FI).

In ATM lessons, which usually last around 50 minutes, the teacher guides a class of students, who are typically laid on mats, through a sequence of gentle and exploratory movements with an emphasis on going slow, and going easy. The method actually finds its efficacy through this working within a comfortable range, always with a feeling of ease, acknowledging that this is the best way for an individual nervous system to learn. Through a spirit of enquiry and curiosity this learning, very tangibly, tells us something about what and how we typically move. This way we can gather new knowledge, help form new neural patterns, and find ways to let go of those habits that no longer serve us. Regular practice leads to relief from unhelpful movement patterns that might be causing pain, discomfort, or a feeling of unease.

In an FI lesson which will last around an hour, you will lie fully clothed on a low padded table. The practitioner works with the student one-to-one by guiding them with hands-on touch, through a series of very gentle movements. Each lesson uses contact with the bones as a starting point for a joint enquiry. The learning ethos remains exploratory and the learning outcomes are also similar to those in ATM. The difference is that the practitioner’s direct touch can lead to differences in the way the student experiences themselves in a more direct and immediate way, leading to specific patterns of tension being relieved so that the student learns to move, breathe, and rest more easily often with a feeling of length and balance.

My experience – Since graduating from the LONDON II Feldenkrais training led by Elizabeth Beringer and Scott Clark in 2015 I have taught ATM to my acting and dance students at Middlesex University and I guest teach at Central School of Speech and Drama. I also teach a weekly public class in East London.